Sosua is a vibrant destination known for its beaches, attractions, friendly people and of course, night life and events. Many travelers choose this beach town to celebrate one of the oldest traditions: Bachelor Parties. Going as far back as the 5th Century B.C., it is general wisdom that the fierce Spartans were the first to celebrate the groom`s last night before getting married.

The term bachelor — previously meaning a young knight or a student with a bachelor’s degree — first appeared in reference to an unmarried man in Geoffrey Chaucer’s Canterbury Tales in the 14th century. This celebration in the groom’s honor was originally called the bachelor dinner, or stag party. Like many other wedding traditions, the custom has stood the test of time. 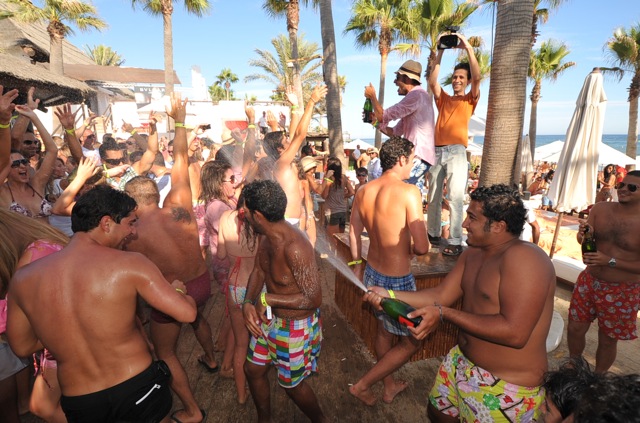 Bachelor parties now travel to the Caribbean town of Sosua.

The topmost destination for bachelor parties is Las Vegas, but nowadays the Caribbean has drawn a lot of attention, and Sosua is no exception. Because the Dominican Republic`s top destinations are Punta Cana and Puerto Plata, and the latter has more appeal in its beach side towns of Sosua and Cabarete. A Dominican event planner based in Sosua since 2004 now takes a leap online with the name Sosua Events, to better enhance the use and presentation of such events in the North Coast of the island.

SBP ( short for Sosua bachelor party, inc. ) has delivered many such events via its main office ( call it a subsidiary of Golden Treasures Luxury Rentals ) basically through their complimentary, full featured concierge service. Bachelor parties in Sosua are actually offered by several websites, but mixing the town`s appeal with a much less desired byproduct, the local Chicas. Most countries would prefer to be advertised as family friendly destinations, not the contrary. Sosua has it all to accommodate the party lifestyle, and welcomes it as long as it is kept as private as it can get.

Various hollywood films have taken this tradition to the big picture, and created a lifestyle that takes people all over the world to celebrate the final fling before the ring. The stereotype is going to a strip club or hiring dancers to come to a hotel room or house. Many still partake in fun behind closed doors (no pictures please type of events). However, many have changed to started to do bachelor entertainment at golf courses, rock climbing/hang gliding, paint ball wars and many more. It all has to do with keeping the bachelor happy on his last day of freedom as a single man. Strippers are allowed, and the States a bachelor party without stripper is a no no.