The Artist in His Atelier: Leo Diaz 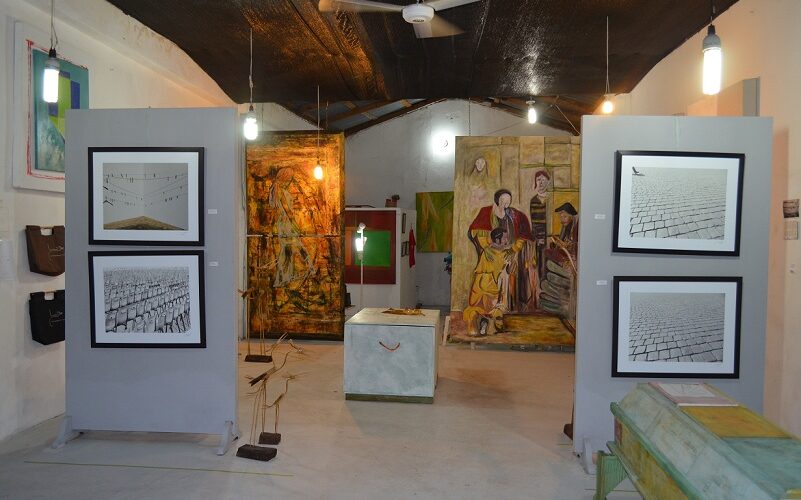 Caribbean artists are mostly known for their signature phases in color and concept, but few are born with an innate dominance of perceptual depth as Leo Diaz. On a quick visit to his studio a few days ago we were impressed with the quality and quantity of his art, a powerful statement of his own self-conscious, artistic universe.

His deep commitment to art is displayed on the walls of his atelier: framed black and white photos flanking the mid section of the gallery, in stand walls; a wooden casket used as a canvas painted with faded tones, sort of a bookish story plastered on it ( part of a collection used in a recent vernissage ). 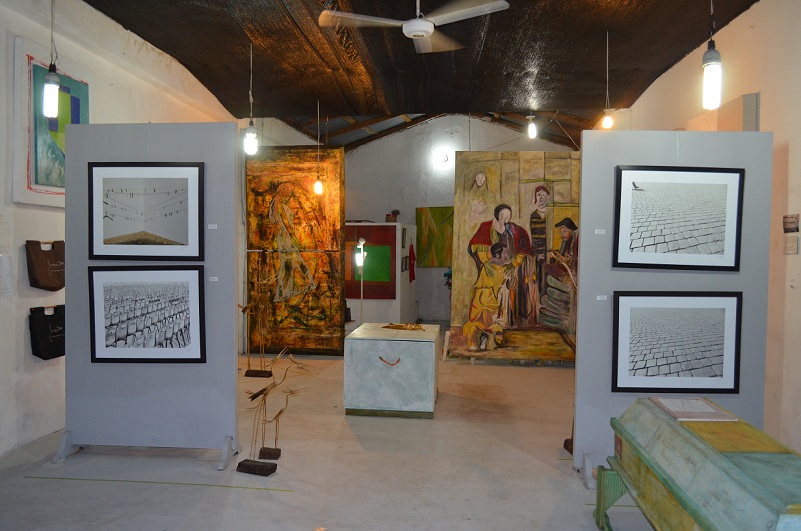 The Leo Diaz Atelier in Sosua

A tall, split-suspended canvas of gold and black strokes depicts a woman of Sosua, from a recent collection inspired on the street girls that make a living off male tourists in the area`s night life. This is perhaps his masterpiece, a little odd because the hair in the woman is real: a realistic touch that supersedes the skillful use of golden hues and bold strokes in black.

A half done sketch of a bird brings back Davincian memories of bird studies by old masters, and a set of jeans and sneakers hung on an acrylic on canvas background (of clothes hanging lines, pegs included) is pure sensory overload. We ask if he smokes or drinks for inspiration, he replies a clean cut no, adding a religious view that brings out his best character. 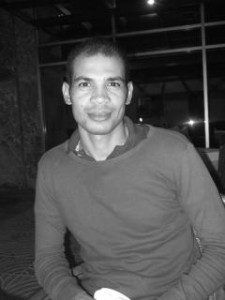 Leo Diaz is a native of Puerto Plata, Dominican Republic. Born in 1977, he started painting at the age of fifteen. He was self-taught during his early years. Then he studied at the school of Great Arts of Puerto Plata, his hometown, as well as in Santiago.

The painters that influenced him the most were from Renaissance Michelangelo and Tintoretto; and also Dutch painters Rembrandt and Van Gogh. XX century Pablo Picasso and the Russian, naturalized as American, Mark Rothko also were heavy influences in his career.

Golden Treasures Real Estate is sponsoring a series called The best of Sosua, an initiative to produce and distribute films and interviews related to the cultural, social and tourist life of Sosua. A full interview with Leo Diaz is in the making and will soon be released through various channels and PR Wire news. For information and access to the artist`s workshop, visit his page here: